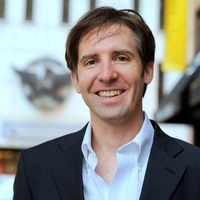 “Nonprofit Entrepreneurship as a Research Field: The State of Knowledge and New Data Frontiers"

America’s nonprofit sector has increased in political and economic importance; it now accounts for roughly ten percent of the US economy (McKeever et al., 2016), and has been shown to significantly impact the quality of life of communities (Sharkey et al., 2017; Rupasingha et al., 2000), and it plays an important role in the delivery of essential government services in the era of the “hollow state” (Smith and Lipsky, 2009).  As a result, some have argued that the nonprofit sector represents an alternative to large government that uses tax expenditures to support local solutions and community autonomy. This viewpoint, however, fails to consider access and equity considerations. Nonprofits are more likely to locate in wealthy communities than poor ones (Joassart-Marcelli & Wolch, 2003), are less likely to channel human service grants to diverse communities (Garrow, 2012), and can be used to circumvent public policy designed to equalize public goods across communities (Nelson & Gazely, 2014).

To better understand the geography of nonprofit activity we introduce a framework for studying the political economy of the nonprofit sector using a new open dataset of 150,000 nonprofit start-ups and their founding leadership teams. We are able to link geographic and demographic characteristics of managers and board members to taxonomies of nonprofit mission to examine relationships between founder wealth, race, and political partisanship with features of nonprofit activity. We test for alignment of supply and demand-side factors – density of nonprofits and community need. In this way we can generate a high-level understanding of the geography of nonprofit mission and its relationship to population characteristics of the communities in which they operate.

Giridharadas, A. (2018). Winners Take All: The Elite Charade of Changing the World Hardcover. Knopf Press.

Mayer, J. (2017). Dark money: The hidden history of the billionaires behind the rise of the radical right. Anchor Books.