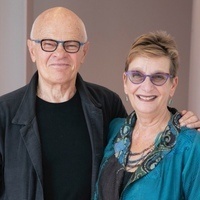 “No Cameras, No Questions!” School Photos in Haunted Concentrationary Sites

Organized by the USC Shoah Foundation Center for Advanced Genocide Research
Cosponsored by the Center for Visual Anthropology at USC, the USC Department of American Studies and Ethnicity, and the USC Shinso Ito Center for Japanese Religions and Culture.

Presenting their recently published book School Photos in Liquid Time: Reframing Difference, Marianne Hirsch and Leo Spitzer will discuss the role of school photography in three historical instances of incarceration of persecuted populations: photos taken at government controlled boarding schools into which Native American children were forcibly removed in the U.S. starting in the 1870s; photos taken, often surreptitiously, in school classes held in Nazi ghettos during the Second World War; and school photos made in concentration camps for Japanese Americans in the United States during the same period in the early 1940s. What do school photos do at such moments of crisis and transformation and what light do they shed on recent instances of child removal at the US Southern borders?

Marianne Hirsch is a Professor of Comparative Literature and Gender Studies at Columbia University. She writes about the transmission of memories of violence across generations, combining feminist theory with memory studies in global perspective. Her books include The Generation of Postmemory: Writing and Visual Culture After the Holocaust; Family Frames: Photography, Narrative and Postmemory and the co-edited volume Women Mobilizing Memory.

Leo Spitzer is the K. T. Vernon Professor of History Emeritus and Research Professor at Dartmouth College. He writes about individual and collective responses to colonialism and exclusion, Jewish refugee memory, trauma and transmission. His books include Hotel Bolivia: The Culture of Memory in a Refuge from Nazism, Lives in Between: The Experience of Marginality in a Century of Emancipation, and the co-edited Acts of Memory: Cultural Recall in the Present.

Hirsch and Spitzer have also co-authored two books: Ghosts of Home: The Afterlife of Czernowitz in Jewish Memory (2010) and School Photos in Liquid Time: Reframing Difference (2020). They have also curated the current exhibit "School Photos and their Afterlives" (Hood Museum of Art, Dartmouth College).

Lunch will be served.