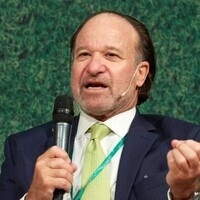 “No Blinders: An Introduction to Sports Law and Other Life Lessons” RFA Distinguished Lecture with Robert Hacker

Robert “Bobby” Hacker is currently in private practice. For over 17 years he was Vice President of Business and Legal Affairs for FOX Sports and as such can provide an inside look at how major pro sports such as NFL, MLB, and NASCAR made agreements for media coverage. He remains an active participant in major corporate and academic conferences covering sports and sports law. As President of the Sports Lawyer Association he plays a key role in the direction that agency takes and promulgates for not only content, entertainment value, music and other aspects of televised content, but also the ethical and moral issues sports and society might consider. Sports are major entertainment. There will also be Q&A as time permits. RSVP requested.