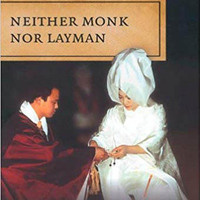 Neither Monk Nor Layperson: Categories of Buddhist Leaders in Japan, Korea, and America

In Buddhism’s adaptations in the modern West, much has been made of trends in new categories of Buddhist leaders who occupy a place that is neither monastic nor fully lay, but something in-between. This workshop explores similar categories as found in historical and modern traditions in Asia and the West featuring the work of Professor Richard M. Jaffe (Duke University; author of Neither Monk nor Laymen: Clerical Marriage in Modern Japanese Buddhism). Comparative examples in Korea and the United States will be offered by Hwansoo Kim (Yale University) and Ann Gleig (University of Central Florida) respectively.

Speakers:
Ann Gleig is an Associate Professor of Religion and Cultural Studies at the University of Central Florida. Her main research area is Buddhism in America and she is the author of American Dharma: Buddhism Beyond Modernity (Yale University Press, 2019). She is currently working on a collaborative book project with Amy Langenberg on sexual violations in American Buddhist communities under advance contract with Yale University Press.