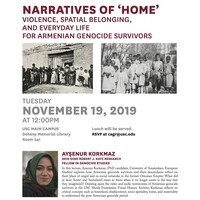 Cosponsored by the USC Institute of Armenian Studies 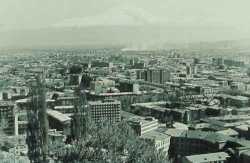 During the genocide of 1915-1916, around 300,000 Ottoman Armenians fled eastward to the South Caucasus to evade the mass deportations and violence ordered by the Committee of Union and Progress. They found refuge in Tsarist Russia, a part of which later became Soviet Armenia, awaiting the return to their former hometowns and actively tracing their family members in grief and despair. Yet their dream soon came to naught, as the years following the First World War saw the collapse of the Ottoman and Russian Empires, Sovietization of the short-lived First Armenian Republic, and the emergence of the Turkish Republic. The Armenian genocide survivors’ ‘new homeland’ was now Soviet Armenia.

In this talk, Ayşenur Korkmaz explores how the survivors and their descendants reflect on their ‘place of origin’ and ex-social networks in the former Ottoman Empire. What did or does ‘home’ and ‘homeland’ mean to them when it no longer exists in the way that they imagine(d)? How do we make sense of their site of memories and imaginations of the material and relational ‘home,’ and everyday life before the genocide? Drawing upon the video and audio testimonies of Armenian survivors available in the USC Shoah Foundation Visual History Archive, she reflects on some of the critical concepts such as homeland, displacement, socio-spatiality, home, and materiality to understand the post- Armenian genocide period. 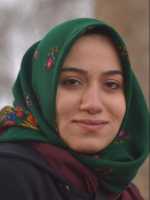 Ayşenur Korkmaz is a Ph.D. researcher at the University of Amsterdam, European Studies. She gained her Master’s degree at Central European University in Nationalism Studies with honours. Her main areas of interest are the late Ottoman Empire, Soviet Armenia, as well as anthropological concepts of homeland, sacralization, and materiality. She has published several articles on the Hamidian Massacres, and the lives of Ottoman Armenian intellectuals in the nineteenth century, and the Armenian genocide. Korkmaz's current doctoral research explores the post-genocide articulations of the Armenian homeland (Ergir), through materiality and rituals. It examines the sense of rootedness and socio-spatial attachment among Armenians who had fled their homes during the genocide and sought refuge to the South Caucasus which later became their ‘new homeland,’ Armenia.

Refreshments will be served.