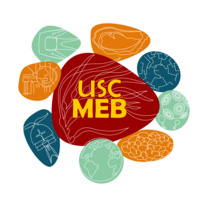 Extreme harmful algal blooms and climate change: a window into the future

Time series now have sufficient duration to determine harmful algal bloom (HAB) responses to changing climate conditions, including warming, stratification intensity, freshwater inputs and natural patterns of climate variability, such as the El Niño Southern Oscillation and Pacific Decadal Oscillation. Extreme weather events can mimic future climate conditions and provide a “dress rehearsal” for understanding future frequency, intensity and geographic extent of HABs. Three case studies of extreme HAB events are described in detail to explore the drivers and impacts of these oceanic outliers that may become more common in the future. One example is the chain-forming diatom of the genus Pseudo-nitzschia in the U.S. Pacific Northwest and its response to the northeast Pacific marine heat wave. The other two case studies are pelagic flagellates. Highly potent Alexandrium catenella, previously a cryptic species, created havoc for the seafood industry in Tasmania, southeastern Australia. Two massive blooms of Pseudochattonella cf. verruculosa and A. catenella were colloquially known as the “Godzilla-Red tide event”, resulting in the largest fish farm mortality ever recorded worldwide, equivalent to an export loss of US$800 million which when combined with shellfish toxicity, resulted in major social unrest and rioting.  For each of these three examples, representing recent catastrophic events in geographically distinct regions, additional targeted monitoring was employed to improve the understanding of the climate drivers and mechanisms that gave rise to the event.  Societal responses, including strategies for promoting resilience of coastal communities, including Indigenous populations who rely on seafood for subsistence, will be discussed.

Department
Marine Environmental Biology (MEB)
Add this to your calendar