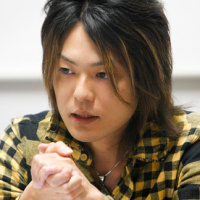 In this talk, first, I will explain my interpretation of the French philosopher Gilles Deleuze’s work that I presented in my book, Don’t Move Too Much: Gilles Deleuze and the Philosophy of Becoming (2012, in Japanese). Second, I clarify my recent project which explores the philosophy of radical finitude. By considering the notion of “asignifying rupture” of rhizome found in A Thousand Plateaus, I propose a dialectics between the two sides of Deleuze; Connective Deleuze who advocates for the multiplicity of relations, and Disconnective Deleuze who affirms the ontological and practical necessity of non-relation(s). I also explain why I took such an interpretation in the context of contemporary Japanese thought. Then, with the problem of non-relation(s), I proceed to my own theories about radicalization of finitude, referring to some recent post-poststructuralist philosophers like Quentin Meillassoux, Graham Harman, Catherine Malabou, and Martin Hägglund.

Bio
Masaya Chiba is a Japanese philosopher and cultural critic. Associate professor of Ritsumeikan University, Graduate School of Core Ethics and Frontier Sciences. Publications: Don’t Move Too Much: Gilles Deleuze and the Philosophy of Becoming (2013, in Japanese), Otherwise Than: A Twitter Philosophy (2014, in Japanese), Philosophy of Learning: For the Stupid to Come (2017, in Japanese).