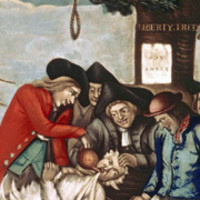 10:30-11:30am
Hannah Farber, Columbia University
"Where Do You Get Your Insurance?: Oceans, Nation, and the Political Problem of Marine Underwriting"

2:30-3:30pm
Jonathan Eacott, University of California, Riverside
"Leveraging Outside the Lines: India and the Economy of the English Atlantic"

The USC-Huntington Early Modern Studies Institute thanks Linda and Harlan Martens for their support of the Economic History Forum.