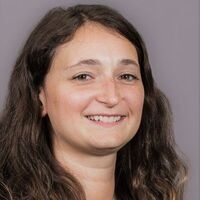 Reef-building corals are currently threatened by rapid changes in local and global stressors, and hybridization offers a potential shortcut for rapid adaptation and evolutionary rescue in these species. The sympatric corals Acropora palmata and A. cervicornis form the hybrid, A. prolifera, whose abundance has continued to increase while the parental species decline. Previous work indicates that weakened prezygotic isolation mechanisms in A. cervicornis but not A. palmata could allow for continuous unidirectional gene flow between the two species.

Furthermore, asymmetric introgression from A. palmata to A. cervicornis has been recorded in three nuclear loci. In contrast, we found evidence for bidirectional introgression across three hybrid zones, although the frequency of hybrids and backcrosses differs across the range. Genome assemblies of A. palmataand A. cervicornis were compared to other corals to identify orthologs uniquely shared by the Caribbean acroporids. Genomic sequence data from the two parental species and their hybrids were used to further characterize the patterns of genomic synteny, divergence, and introgression across hybrid zones. Combined, these approaches elucidate genomic hotspots of introgression and parallel evolution with implications for how hybridization may shape adaptation in these important foundation species across the Caribbean and North-West Atlantic.

Department
Marine Environmental Biology (MEB)
Add this to your calendar