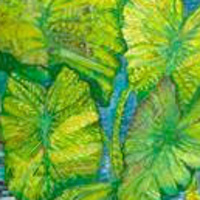 Mapping Abundance for a Planetary Future

As late liberal settler colonialism shores up thresholds between what it deems Life and Nonlife, cartography as the interface through which humans articulate their relationship with the planetary becomes all the more important in representing the radically contingent nature of that relationship. Cartographies of capital expand its domain through the evisceration of the living earth into the inanimacies of Nonlife, mapping a successive diminishing of land. Yet not all agency lies with humans.  The land moves, heaves and swells, breathes with the life of elemental forms, shakes off tenuous cartographies of exhaustion. The land eludes regimes of capital, escapes in meanings that exceed beyond the abstraction of land. Given these conditions we can ask, how are exhausted late liberal settler colonial geographies being transformed by the cartographies of Indigenous and settler ally artists, writers, and activists to restore more sustaining arrangements of life?  How canabundance be mapped to show functioning economies not premised on the crises and ruins of capitalism?  How do we map lands as having an ontology—a life, a will, a desire, and an agency—of their own?

Over and against the tactics of late liberal capital, I foreground more expansive, relational Indigenous and critical settler cartographies that sustain life. If, as David Lloyd has argued, it is precisely the fear of abundance that is inscribed in neoliberal capital, mapping abundance is not a luxury but an urgent insistence on life rather than death, a radical refusal of a capitalist economy and a cultivation of a world beyond it.

Candace Fujikane is an Associate Professor of English at the University of Hawaiʻi.  She has co-edited with Jonathan Okamura Asian Settler Colonialism: From Local Governance to the Habits of Everyday Life in Hawaiʻi.  Publications appear in journals including the American Quarterly, Hūlili: Multidisciplinary Research on Hawaiian Well-Being, Inter-Asia Cultural Studies and Marvels & Tales and in books such as Flashpoints for Asian American Studies and Detours: A Decolonial Guide to Hawaiʻi. Her book manuscript, Mapping Abundance for a Planetary Future: Kanaka Maoli and Critical Settler Cartographies in Hawaiʻi is currently under review.