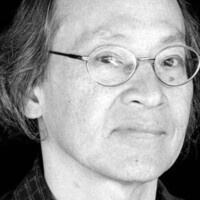 Arthur Sze has published nine books of original poetry, as well as one book of Chinese poetry translations. The Ginkgo Light was selected for the PEN Southwest Book Award and the Mountains & Plains Independent Booksellers Association Book Award. He is the recipient of many honors, including a Guggenheim Fellowship, two National Endowment for the Arts Creative Writing fellowships, a Howard Foundation fellowship, and grants from the Witter Bynner Foundation for Poetry. His book Compass Rose (2014) was a finalist for the Pulitzer Prize. His poems have been translated into a dozen languages, including Chinese, Dutch, and Spanish. A second-generation Chinese American, Sze was born in New York City and currently resides in Sante Fe, New Mexico. He was the first poet laureate of Sante Fe (2006-2008) and is currently a professor emeritus at the Institute of American Indian Arts. In 2012, he joined the Board of Chancellors at the Academy of American Poets.