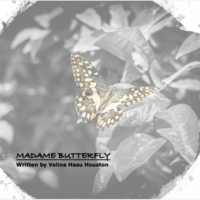 Koji Steven Sakai of Chopso, English-language Asian content video streaming platform, and Ko Mori of Japan-US film and distribution company Eleven Arts are poised to develop a film based on the Madame Butterfly myth. A new play, “Madame Butterfly,” by international acclaimed writer Velina Hasu Houston, revisits the “Cho-cho-san” myth made famous in Puccini’s 1904 opera, “Madama Butterfly.” Houston returns to the 1898 short story by John Luther Long for inspiration, in which the legendary, unnamed “Cho-cho-san” neither commits suicide nor relinquishes her son to the West. Houston excavates the Japanese female condition from the lower depths of “Cho-cho-san” and “Miss Saigon.” The event presents an online reading of an excerpt from the play performed by professional actors, directed by award-winning stage and film director Tamara Ruppart, and produced by Koji Steven Sakai, Japanese American National Museum and Chopso. The producers, director, writer, and cast will hold a post-play discussion and question-and-answer session.

This event is co-sponsored by the Japanese American National Museum, Eleven Arts, True Heart Films, and the USC School of Dramatic Arts.

Tamara Ruppart has worked as a director, producer and actor in both theater and film. Film/TV directing credits include the documentary Rising Soul, the Japanese-language film short Path of Dreams, and Season 1 of The Kool School (web series for youth education).  Path of Dreams won numerous awards including Best Short and the Award of Excellence at the Winter Film Awards, Best Short Film at Los Angeles Women’s International Film Festival, and the Director’s Choice Award at the Cinema on the Bayou Film Festival. She is in development with two feature films, and, in 2021, will be mounting the Los Angeles production of Broken Story for New York City’s White Horse Theater Company.  Ms. Ruppart studied Digital Filmmaking at New York Film Academy in Los Angeles; and received a Master of Fine Arts in Directing from The New School for Drama and a Bachelor of Arts in Theatre from Davidson College, North Carolina.

Film producer and distributor Ko Mori originally is from Japan and now resides in Los Angeles.  Mr. Mori is president and CEO of Eleven Arts, which produces films in the US and globally, and distributes Japanese films to the US market.  Previously, he has produced Lords of Chaos, Man from Reno, Uzumasa Limelight, and other film and television programs.  Currently, he is in post-production with Prisoners of the Ghostland, a feature film starring Nicolas Cage; and Gift of Fire, a Sundance Film Festival award-winning film about World War II scientists produced in partnership with NHK Japan.

Moderator’s Bio
Velina Hasu Houston is an internationally celebrated writer with 28 literary commissions.  In New York, US nationwide, and globally, her plays and opera are produced at notable institutions such as Manhattan Theatre Club, Old Globe Theatre, and Los Angeles Opera; and she writes film-television work-for-hire.  Honored by the Kennedy Center, Smithsonian Institute, Rockefeller Foundation, Japan Foundation, and others, she founded and directs graduate playwriting at the USC School of Dramatic Arts, where she is Distinguished Professor; she also is faculty with the USC Jimmy Iovine & Andre Young Academy.  A Fulbright Scholar and Phi Beta Kappa, she served on the State Department's Japan-US Friendship Commission for six years. Her main archives are with the Library of Congress and Huntington Library.  She is a member of the Dramatists Guild, Writers Guild of America-West, Alliance of Los Angeles Playwrights, and League of Professional Theatre Women. Her blog, matchabook, focuses primarily on BIPOC and female theatre-makers.

RSVP for the Zoom Link which will be distributed closer to the event.