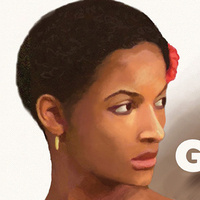 “Losing Ground was not only ahead of its own time, but ours as well.”—Indie Wire

Losing Ground, one of the first feature-length motion pictures directed by a Black American woman and a National Film Registry inductee, tells the story of a Black female philosophy professor and her abstract painter husband drifting apart as they experience separate creative evolutions. It won first prize at the Figueroa International Film Festival in Portugal in 1982 but didn’t receive an official release until it was restored in 2015, long after director Kathleen Collins died from breast cancer in 1988.

“Losing Ground @ 40” is a two-day, multi-site program that brings together luminary Black women filmmakers, scholars, and curators to commemorate the 40th anniversary of the pathbreaking film, introduce new audiences to Collins’s innovative practice, and convene those long inspired by it.

Sign language interpreters will be present at both events.

7:30–10 p.m.: LOSING GROUND SCREENING AND TALKBACK
The Academy Museum of Motion Pictures, Ted Mann Theater
A screening of Losing Ground will be followed by a conversation with Spelman College professor and filmmaker Julie Dash (Daughters of the Dust); Jacqueline Stewart, director and president of the Academy Museum of Motion Pictures; and A.E. Stevenson, assistant professor of gender and sexuality studies at USC. Nina L. Collins, daughter of Kathleen Collins and manager of the estate, will introduce the film.

Note: If advance tickets are sold out, standby tickets may become available on the day of the screening. Guests can join the standby line for a chance to purchase these tickets, which are sold on a first-come, first-served basis.

Adrienne Adams is a Ford Foundation Predoctoral Fellow and PhD student in American studies and ethnicity at USC. Adams was a LEAP Fellow at the Los Angeles County Museum of Art, consultant for the Guggenheim Museums and Hood Museum of Art at Dartmouth, and archivist-in-residency at the Whitney Museum of American Art.

Nina Lorez Collins, daughter of the late Kathleen Collins, rescued the original negative of Losing Ground and restored the film in 2015. In addition to serving as the manager of her mother's estate, she is the chief creative officer of Revel and founder of Woolfer. She published What Would Virginia Woolf Do? in 2018 under Grand Central Publishing and is the board chair of the Brooklyn Public Library.

Julie Dash broke through racial and gender boundaries 30 years ago with her film Daughters of the Dust. It won Best Cinematography at Sundance, and Dash became the first African American woman to have a wide theatrical release of a feature film. Dash has also directed multiple episodes in the second season of the award-winning drama series Queen Sugar, created and produced by Ava DuVernay and Oprah Winfrey for OWN Television, and is the Diana King Endowed Professor in Film at Spelman College.

Zeinabu irene Davis is an independent filmmaker and professor of communication at UCSD. Spirits of Rebellion: Black Cinema from Los Angeles, her most recent feature documentary, which covers the L.A. Rebellion film movement, has received the African Movie Academy Award for Best Diasporic Documentary and Best Feature Documentary and Audience Award from the BlackStar Film Festival. Her narrative work is currently running on the Criterion Channel.

Alex Hack is a PhD candidate in cinema and media studies at USC, where she also earned her MA in the same field. Her dissertation project approaches medicine and its software as fertile ground for humanistic analysis, asking us to consider that racial harm lies too in supposed benevolence.

Philana Payton is an assistant professor of film and media studies at the University of California, Irvine. She was previously awarded a UC Chancellor’s Postdoctoral Fellowship in the Ralph J. Bunche Center for African American Studies at UCLA, and is currently working on her first manuscript, tentatively titled, Celestial Bodies: Black Women, Hollywood, and the Fallacy of Stardom.

Samantha Noelle Sheppard is an associate professor of cinema and media studies at Cornell University and author of Sporting Blackness: Race, Embodiment, and Critical Muscle Memory on Screen.  In 2021, she was named an Academy Film Scholar by the Academy of Motion Picture Arts and Sciences.

A.E. Stevenson is an assistant professor of gender and sexuality studies at USC who teaches advanced gender studies and Black feminist futures. In 2021–2022, Stevenson was a Penn Predoctoral Fellow for Excellence through Diversity.

Jacqueline Stewart is the director and president of the Academy Museum of Motion Pictures, and the chair of the National Film Preservation Board, a 2021 MacArthur Fellow, and professor of Cinema and Media Studies at the University of Chicago. Since 2019, she has hosted Silent Sunday Nights on the Turner Classic Movies network.

Department
American Studies and Ethnicity, Gender and Sexuality Studies, Visions and Voices: The Arts and Humanities Initiative
Add this to your calendar