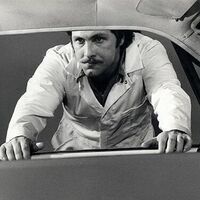 Amy Murphy is currently an Associate Professor at USC’s School of Architecture. She has published several pieces examining the relationship between our cinematic post-apocalyptic imagination and the city, including “Nothing Like New: Our Post-Apocalyptic Imagination as Utopian Desire.” She is currently completing a new manuscript entitled After the Symphony: Cinematic Representations of the American City 1938-1978.

Mark Shiel is Reader in Film Studies and Urbanism in the Department of Film Studies at King’s College London. He is also the author of Hollywood Cinema and The Real Los Angeles and Italian Neorealism: Rebuilding the Cinematic City, and co-editor of Cinema and the City: Film and Urban Societies in a Global Context and Screening the City.