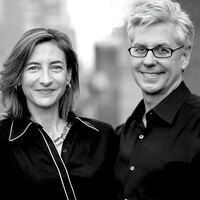 WEISS/MANFREDI Architecture/Landscape/Urbanism is at the forefront of architectural design practices that are redefining the relationships between landscape, architecture, infrastructure, and art. Named one of North America's "Emerging Voices" by New York's Architectural League, WEISS/MANFREDI received the 2020 Thomas Jefferson Foundation Medal in Architecture and the 2018 Cooper Hewitt Smithsonian Institution's National Design Award, as well as the New York AIA Gold Medal and the Academy Award in Architecture from the American Academy of Arts and Letters. Most recently, WEISS/MANFREDI was selected through an international competition to re-envision the world-renowned La Brea Tar Pits and Museum in Los Angeles; and the Trinity Park Conservancy in Dallas selected the firm to serve as design architects to bring new life to the former Jesse R. Dawson State Jail.