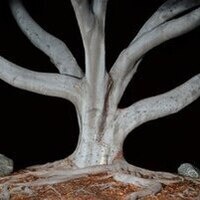 Los Angeles artists Ken Gonzales-Day will discuss his ongoing series Erased Lynchings; a series of photographs that began as a response to anti-immigration and anti -Latinx rhetoric that led to an increase in violence and vigilante activities against Latinxs and immigrants along the U.S. and Mexican border. Gonzales-Day takes historic photographs of lynchings and removes the victims' bodies from them to address the erasure of certain minorities from historical accounts of lynchings.

Ken Gonzales-Day is a Los Angeles-based artist whose interdisciplinary practice considers the historical construction of race and the limits of representational systems ranging from lynching photographs to museum displays. His widely exhibited Erased Lynching series (ongoing), along with the publication of Lynching in the West: 1850-1935 (Duke University Press, 2006) transformed the understanding of racialized violence in the United States and raised awareness of the lynching of Latinos, Native Americans, Asians, and African-Americans in California and helped to ground anti-immigration and collective acts of violence within the larger discussion of racial formation, policing, and racial justice movements.

Works from the Profiled Series have been exhibited internationally and grew out of the research into the history of racial depiction found in historic exposition and educational museum displays from the Trocadero Museum in Paris 1915-1916 California-Panama Exposition in San Diego.

In 2017, Gonzales-Day received a Guggenheim Fellowship in Photography and was awarded the Fletcher Jones Chair in Art at Scripps College. He is presented by the Luis De Jesus Los Angeles gallery.