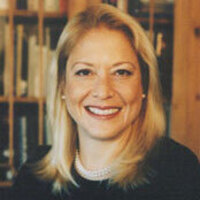 Susan Estrich is an expert in law and politics, criminal law, and gender discrimination. She teaches Criminal Law, Gender Discrimination and Election Law. She has clerked for The Honorable John Paul Stevens, associate justice of the U.S. Supreme Court and the late Honorable J. Skelly Wright, judge of the United States Court of Appeals for the District of Columbia Circuit. Estrich was a special assistant to Senator Edward M. Kennedy, and staff counsel and special assistant to the chief counsel for the U.S. Senate Judiciary Committee. She has been actively involved in Democratic presidential politics, serving as national campaign manager of the Dukakis-Bentsen campaign in 1988.

Estrich is a frequent commentator on law and politics for FOX News and an occasional talk radio show host. Her scholarly publications include Real Rape; Getting Away with Murder: Politics, Crime, and the Rule of Law; Dangerous Offenders (with Moore, McGillis, & Spellman); and "Sex at Work." Her most recent book is The Case for Hillary Clinton (ReganBooks, 2005). Estrich received her BA from Wellesley College and her JD from Harvard Law School, where she was the first woman President of the Harvard Law Review. She has also taught at Harvard Law School.

Students, faculty, and staff are encouraged to attend. A light lunch will be served. There is no charge for this event.