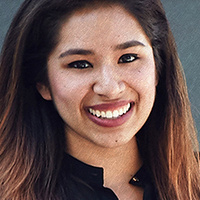 DESCRIPTION:
Presented in conjunction with the LA SKINS FEST, this panel will focus on the experience of Native American writers in television. LA SKINS FEST alumni who have gone through the organization’s writing labs and are currently work in television will discuss new ideas, points of interest, and current issues within the media landscape.

Shelley Dennis was born into a family of Choctaw storytellers in a small town in Oklahoma (population 700), where she wrote and directed her own plays as early as elementary school. She took a brief detour when she was scouted by a modeling agency, flown to Milan, and made a living being tall and hungry. Today, she works for Disney in Los Angeles. Dennis has written for the Tangled TV show and toured alongside Wayne Brady, doing both standup and improv. She co-created and starred in an 8-episode VR comedy, Sestra!Sestra!, and was a staff writer on the Netflix animation series, Spirit Rangers. In 2020, Dennis was one of four selected for the Native American Showrunner Program. She is currently a Disney General Entertainment Writing Program Fellow for 2021.

Tom Hanada is a screenwriter and novelist who specializes in the thriller and horror genres. His 2019 novel Intercepts was named one of the “Best Horror Novels of All Time” by Cosmopolitan and is now being adapted to a feature film by Skybound Entertainment. In addition to novels, Hanada has written on assignment for Westbrook; adapted Stephen King’s short story “Morality” or director Isaac Ezban; sold a serial-killer pilot to Astronauts Wanted; and written short horror films for Crypt TV. Hanada was a fellow at the Universal Studios Emerging Writers Fellowship and participated in the LA SKINS FEST TV Writers Lab.

William Jehu Garroutte is a drama writer and an enrolled Citizen of Cherokee Nation. He had an Army brat childhood and a Midwestern adolescence in a town best known for its cattle slaughterhouses. William didn’t go to college and learned how to write in the Writers Guild of America library. After working a long string of unconventional, unglamorous jobs, from historical village tour guide to graveyard shift valet to computer repair tech, William has written on shows for Lionsgate/Showtime, Sony International, and, most recently, served as a story editor on Stumptown for ABC. He currently has two shows in development with ABC and one show in development with UCP.

Growing up between sunny San Diego and the Santa Ynez Chumash Reservation, Karissa Valencia studied English and Communication at the University of San Diego and then pursued a graduate degree in Television and Film at Syracuse University. Valencia is passionate about animation and has written for preschool favorites such as Disney Junior’s Vampirina, Doc McStuffins, T.O.T.S., and The Chicken Squad. She is currently the showrunner and executive producer of the Netflix Animation’s preschool series, Spirit Rangers, which follows the fantastical adventures of a modern-day Native American family.

The panel will be moderated by Kapena Baptista, a composer, ethnomusicologist, and indigenous advocate. After graduating from Harvard in 2016, Kapena was named an inaugural Generation-Indigenous Fellow through the Center for Native American Youth and was awarded a Fulbright Scholarship to study and teach in Lisbon, Portugal. Baptista is an MFA candidate in the Peter Stark Producing Program at the USC School of Cinematic Arts, where he is both a Norman Topping Graduate Fellow and a Shriram Family Graduate Fellow.

Presented by the USC School of Cinematic Arts, Outside the Box (Office), Our Voices, USC Visions and Voices: The Arts and Humanities Initiative, and the LA SKINS FEST.