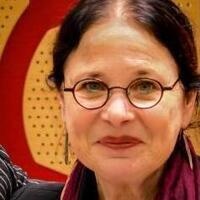 Judith F. Kroll - The fate of the native language in second language learning: A new hypothesis about bilingualism, mind, and brain

The fate of the native language in second language learning: A new hypothesis about bilingualism, mind, and brain

An enduring question about late second language (L2) learning is why there are apparent
constraints on the ability of adult learners to understand and speak the L2. Past research
suggests that these constraints reflect characteristics of adult learners and the nature of the
language learning contexts available to them. We propose a new hypothesis that shifts the
focus to consider how a model of proficient adult bilingualism may provide new insights
into late L2 learning. The critical observation is that proficient bilinguals are not
monolingual-like in their native language. The new hypothesis is that successful adult L2
learners are individuals who are able to effectively change the native language to
accommodate the L2 and to negotiate the cross-language competition that characterizes
proficient bilingualism. The hypothesized changes may involve processing costs that
initially slow the native language and make performance more error prone, make learners
less sensitive to some features of the native language, and that open the native language to
the influences of the L2. We review evidence from studies of language processing and brain
imaging in bilinguals and L2 learners. High levels of cognitive resources and immersion in
the L2 may enhance successful learning but what is hypothesized to be fundamental is
change to the native language that functionally enables the L2 to develop as part of the
language system. The resulting regulatory skills may ultimately benefit language processing
and its cognitive and neural consequences.

Department
Psychology
Add this to your calendar