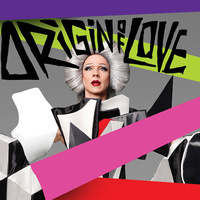 DESCRIPTION:
“A punk-rock live Behind the Music episode of sorts and a gift to Hedwig heads everywhere.”­—DC Theatre Scene

The off-Broadway musical about a genderqueer rock ’n’ roll singer that grew into a nationally touring show, which became a movie with a devoted cult following, is now a full glam rock concert experience!

Bios:
John Cameron Mitchell directed, starred in, and wrote, with Stephen Trask, the film Hedwig and the Angry Inch, for which he won Best Director at the Sundance Festival and was nominated for a Golden Globe as Best Actor. His Broadway production of Hedwig garnered him Tony Awards for his performance and for Best Revival. He won an Obie Award for Hedwig off-Broadway as well. Recent TV roles include the starring role in Peacock’s Joe vs. Carole, as well as recurring roles in Hulu’s Shrill, HBO’s Girls and Vinyl, CBS’s The Good Fight, and Amazon’s Mozart in the Jungle. He stars in, wrote (with Bryan Weller), and directed the musical podcast series Anthem: Homunculus, which is playing on the podcast platform Luminary.

Stephen Trask first achieved acclaim as the co-creator, composer, and lyricist of the award-winning stage musical Hedwig and the Angry Inch, which was developed into a feature film. The Broadway production of the show won four Tony Awards in 2014, and the soundtrack was nominated for a GRAMMY. Since 2003 Trask has been scoring films at both the independent and studio levels and, in addition to Hedwig, Trask’s work on Broadway includes orchestrations for Rocky. Also known for fronting the New York punk band Cheater in the 1990s, Trask has recorded and performed with artists such as Stone Temple Pilots, Bob Mould, Sleater-Kinney, and Yoko Ono.

Named a top performer of the year by The New Yorker, Amber Martin brings a combination of cabaret, belting vocals, and no-holds-barred comedy to her live, raucous, genre-hopping musical performances. She has featured vocals on The Scissor Sisters single “Inevitable” (co-produced with Pharrell) and was a featured vocalist with comedian Sandra Bernhard at Town Hall in New York City. Martin continues to evolve as writer, curator, choreographer, and star of her own performances, and is also touring her original album, A.M. Gold, including two songs featured in John Cameron Mitchell’s film How to Talk to Girls at Parties.

Tits of Clay are the four-piece “Angry Inch” band from the Tony Award–winning musical Hedwig and the Angry Inch. Aside from being part of the show, they have played late-night club sets, paying tribute to their collective punk and alt-rock roots, and released a 5-track EP, Belasco, named after David Belasco, the theatrical producer, impresario, director, playwright, and founder of the Belasco Theatre, where Hedwig was staged.

Presented by USC Visions and Voices.