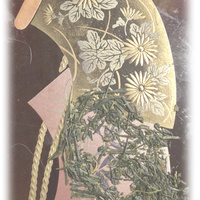 Japanese Female Immigration in the U.S. and U.K.: "Kensington," a Play by Velina Hasu Houston

How does one build a life for oneself in a country that you weren’t born in and didn’t grow up in? Such is the challenge for an immigrant, challenges that bring a lot to bear upon family relations. Japanese women emigrate to many places, two destinations being the United States and the United Kingdom. How does living in either nation shape the identity of the Japanese female immigrant with regard to acculturation variances, relations with citizens of color, the texture of familial relationships, and gender identity? A staged reading of Kensington, a play by Velina Hasu Houston, explores the impact of immigration and choices about acculturation on the reunion of two sisters – one a short-term immigrant to England, one a permanent immigrant to the United States – after a decade-long estrangement.  The reading and a post-play talkback provide gateways for discussion about how immigration and its circumstances affect family relations.

Bios
Velina Hasu Houston’s literary career began Off-Broadway, expanding globally to numerous theatres and film companies.  She is a published poet, essayist, journalist, blogger, and novelist with over 25 commissions in theatre and opera.  Honored by the Kennedy Center, Smithsonian Institution, Rockefeller Foundation, Japan Foundation, Wallace Foundation, Doris Duke Charitable Foundation, and others, she founded graduate playwriting studies at the School of Dramatic Arts, University of Southern California, where she is Distinguished Professor, Director of MFA Dramatic Writing, Head of Undergraduate Playwriting, and Resident Playwright.  A Fulbright Scholar, she served on the Department of State's Japan-US Friendship Commission for six years, and has served as visiting faculty or lectured at some of Japan’s leading universities.  Her archives are at The Huntington Library, Art Collections, and Botanical Gardens; and the Library of Congress.

Jon Lawrence Rivera, Director, is the recipient of the first Career Achievement Award from Stage Raw. Most recently, Rivera directed the following world premieres for Playwrights’ Arena: I Go Somewhere Else by Inda Craig-Galván, Billy Boy by Nick Salamone, Little Women by Velina Hasu Houston, Bloodletting by Boni B. Alvarez, @TheSpeedofJake by Jennifer Maisel, Circus Ugly by Gabriel Rivas Gomez, Painting in Red by Luis Alfaro, and The Anatomy of Gazellas by Janine Salinas Schoenberg. Recipient of a New York Fringe Festival Award, an LA Weekly Award, and a five-time Ovation Award nominee, Rivera is the founding artistic director of Playwrights’ Arena.