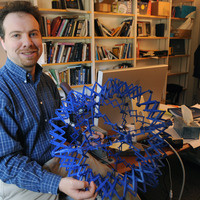 In 1929 Edwin Hubble discovered that our Universe is expanding. Eighty years later, the Space Telescope that bears his name is being used to study an even more surprising phenomenon: that the expansion is speeding up. The origin of this effect is not known, but is broadly attributed to a type of “dark energy” first posited to exist by Albert Einstein and now dominating the mass- energy budget of the Universe. Professor Riess will describe how his team discovered the acceleration of the Universe and why understanding the nature of dark energy presents one of the greatest remaining challenges in astrophysics and cosmology.