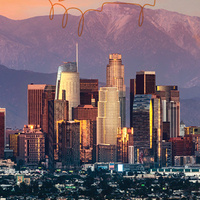 Interstitial: A Book of (Musical) Stories

Interstitial: A Book of (Musical) Stories

DESCRIPTION:
Los Angeles is a magnet for diverse individuals who embrace, explore, and celebrate their unique and intersectional identities. For Interstitial: A Book of (Musical) Stories, noted composers and librettists are teaming up to create six original pieces inspired by and amplifying the in-between cultures of the city, which will be performed by the nationally recognized chamber ensemble Brightwork newmusic and renowned vocal sextet HEX. Topics of this extraordinary, multi-part concert will include migration, gentrification, community, and more.

Following the premiere of the six exciting new works, the creators, performers, and audience will form rotating breakout groups to share their personal interstitial experiences in L.A.

Bios:
Nicolas Lell Benavides is a composer and lecturer at the USC Thornton School of Music who has worked with groups such as the Washington National Opera, The Glimmerglass Festival, New Opera West, West Edge Opera, Nashville Opera, and Shreveport Opera.

Molly Bendall is a librettist, professor of English at USC Dornsife, and author of Watchful and four previous collections of poetry. Bendall has received the Eunice Tietjens Prize from Poetry magazine, the Lynda Hull Poetry Award from Denver Quarterly, and two Pushcart Prizes.

Deemed “the brightest new music group you’ve heard in years” by KPFK, Brightwork newmusic is a flexible and fearless classical sextet that seeks to draw the audience into the creative process through exciting, emotionally engaging music presented in state-of-the-art performances.

Carolyn Chen is a composer whose work has been presented at festivals and exhibitions in 25 countries, at venues including Carnegie Hall, Walt Disney Concert Hall, Museum of Contemporary Art Chicago, the Guggenheim Bilbao, and the Institute for Provocation (Beijing).

Rickerby Hinds is a librettist, playwright, and chair and professor of playwriting in the Department of Theater, Film, and Digital Production at the University of California, Riverside, and the founding director of the Center for Dramatic Innovation.

Veronika Krausas is a composer and professor at the USC Thornton School of Music whose commissions and performances include the Los Angeles Philharmonic, The Industry, New York City Opera, Ensemble Musikfabrik, Esprit Orchestra, Piano Spheres, Gloria Cheng, and the Vancouver Symphony.

Sarah LaBrie is the librettist behind productions including Hopscotch (The Industry) and dreams of the new world (Los Angeles Master Chorale), co-producer of Blindspotting (Starz), and author of the upcoming memoir The Anatomy Book.

Molly Pease is a versatile and experimental vocal artist and composer who incorporates improvisation, extended vocal sounds, and inter-disciplinary collaboration into projects such as Inner Astronomy, Score for the Near Future, and ACKLAND. Recent performances include Björk’s Cornucopia tour and The Industry’s Sweet Land. Ongoing projects include LA Master Chorale, HEX, and Tonality.

Renée Reynolds is a writer, painter, and producer whose work has been featured in Ping Pong, Unshod Quills, Lilliput Press, and LARB.

Brian Sonia-Wallace is a poet, writer, educator, event organizer, and entrepreneur whose RENT Poet project creates collaborative poetry, mediated by the technology of the typewriter, with participants to inspire meaningful conversations with the public about their hopes, fears, memories, and dreams for the future.

Presented by USC Visions and Voices. Organized by Veronika Krausas (Thornton School of Music) and Molly Bendall (English). Co-sponsored by the Marian and Charles Holmes Performing Arts Fund at the Claremont Colleges.