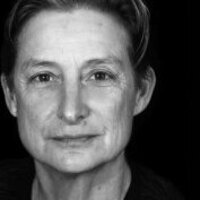 Judith Butler is Maxine Elliot Professor in the Department of Comparative Literature and the Program of Critical Theory at the University of California, Berkeley.  She received her Ph.D. in Philosophy from Yale University in 1984.  Butler is an American philosopher and gender theorist whose work has influenced political philosophy, ethics and the fields of third-wave feminist, queer and literary theory.

Reception co-sponsored by the USC Departments of American Studies
and Ethnicity, Comparative Literature, English, Gender Studies, Spanish
and Portuguese, and the Doctoral Program in Comparative Studies in
Literature and Culture.