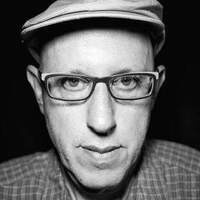 The new Graduate Certificate in Translation Studies kicks off their first public event featuring prominent writer Sergio Chejfec and translator Heather Cleary for what promises to be a fascinating conversation about translation, and its relation to writing and literary criticism.

Sergio Chejfec is a fi ction writer and essayist born in Argentina.
Among his most recent books are El visitante (2017), Modo linterna (2013),
La experiencia dramática (2012), Sobre Giannuzzi (2010), Mis dos mundos
(2008), and Baroni, un viaje (2007). He writes about memory, the idea of
experience and urban perambulation. He has been translated into English,
French, German, Turkish and Hebrew, and has been the recipient of the
Guggenheim Fellowship and a Resident of the Civitella Ranieri Foundation.
He currently lives in New York City and is Distinguished Writer in
Residence in the MFA Creative Writing program in Spanish at NYU.

Heather Cleary is a translator and literary critic. Her book-length
translations include Sergio Chejfec’s The Planets (finalist, Best Translated
Book Award 2013) and The Dark (nominee, ALTA’s National Translation
Award 2014), as well as Poems to Read on a Streetcar, a selection of
Girondo’s poetry published by New Directions (recipient, PEN and
Programa SUR translation grants). She holds an MA in Comparative
Literature from NYU and a PhD in Latin American and Iberian Cultures
from Columbia University, and currently teaches at Sarah Lawrence
College. She has served on the jury of the Best Translated Book Award
(2016) and the PEN Translation Award (2015), and helped organize the
annual conference of the Barnard Center for Translation Studies (2015).

This event is cosponsored by the Departments of Comparative Literature, Latin American & Iberian Cultures,  American Studies & Ethnicity, and English, and the Comparative Studies in Literature and Culture Doctoral Program