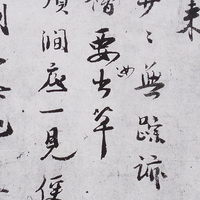 Horizons of (Mis)communication between Chinese Chan and Japanese Zen

Buddhism flowed between the Chinese continent and Japan – by Japanese pilgrims, Chinese émigré monks, merchants, texts and other objects. This is often described as a transmission from China to Japan. However, from diaries, travelogues, manuscripts, and hagiographic writing of the 11th to 14th centuries, we also learn that Japanese and Chinese monks frequently could not use spoken communication with each other. Even many erudite Gozan Zen monks, competent writers of metered-and-rhymed kanshi (“Sinitic poetry”), could not understand spoken Chinese. Instead, acts of translingual communication relied upon: (a) third party interpreters; (b) written “brush talk” 筆談 (J. hitsudan; Ch. bitan); or (c) body language. This lecture will discuss evidence for these forms of communication, and illustrate the horizons and possibilities of misunderstanding. I will argue that some foundational insights were reached precisely through miscommunication. I will also suggest that certain kinds of misunderstanding may play an essential role in creativity and interpretation. Overall, this may provide us an opportunity to rethink how we describe the relationship between Japanese Zen and Chinese Chan.

Bio
Jason Protass is Assistant Professor of Religious Studies at Brown University. A scholar of Chinese Buddhism, he worked with Japanese Sinologists in Kyoto and earned his PhD from Stanford in 2016. He has published on Buddhist poetry, and the use of digital humanities in the study of Chan institutional history.