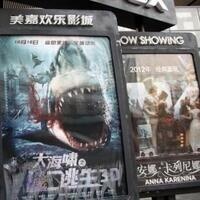 Report Launch & Panel Discussion: Made in Hollywood, Censored by Beijing

China is the world’s second largest film market and is a vital market for many American films. China’s government also has content restrictions and a state review process for films to be exhibited there. How do American film producers cope with those hurdles. Is Chinese censorship shaping what gets made and distributed, even outside of China?

PEN America is an organization long committed to supporting freedom of expression. It has also been engaging with Chinese on these issues and has produced reports on constraints on free expression in China and how the Chinese government restricts the work of foreign journalists. One of those reports, on social media, was discussed at USC in 2018. During this webinar, we’ll hear about and discuss the pressures filmmakers confront and the choices they make in order to have their films be shown in China. How do these pressures and choices compare to the many filmmakers make in the process of producing any film?