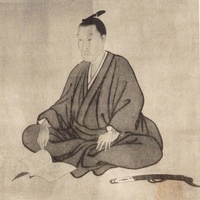 Gnashed Teeth and Gnawed Navels: the Poetry of Activists and Martyrs in Nineteenth Century Japan

A talk by Matthew Fraleigh (Brandeis University). During the tumultuous mid-nineteenth century, as Japan faced foreign incursions and domestic upheaval, politically-minded youths took action, challenging the authorities, decrying government policies, and occasionally launching violent attacks. Though these young men (and a few women) had a wide range of loyalties and orientations, they shared a political fervor that often found expression in traditional verse forms. Activists used both Sinitic poems kanshi and Japanese language waka to declare their intentions, exploiting distinctive features of each form. This talk examines the field of activist poetry in late Tokugawa Japan and its afterlives in the Meiji era and beyond. In particular it considers the circulation of such poetry, the process by which certain activist works became canonized, and how this body of poetry was used for later historiographical ends.

Matthew Fraleigh is Associate Professor of East Asian Literature and Culture and chair of the Program in East Asian Studies. His research concerns the literature of early modern and modern Japan, especially kanshibun (Sinitic poetry and prose). For a full bio, please click here.