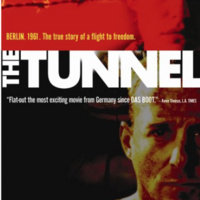 Based on a true story a group of East Berliners escaping to the West. Harry Melchior was a champion East German swimmer at odds with the system under which he has already been imprisoned. On his own escape, he is determined the arrange the escape to the West of his sister and her family. The idea of the tunnel is born, but the project does not run smoothly. The participants struggle not only with the massive logistics of their task, but betrayal from friends in the East. And always the East German police are close to discovering the plot.

Department
German Studies Program
Add this to your calendar