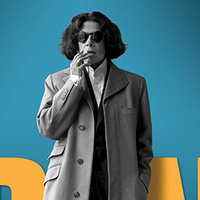 DESCRIPTION:
“Fran Lebowitz’s trademark is the sneer; she disapproves of virtually everything except sleep, cigarette smoking, and good furniture. Her essays and topical interviews . . . have come to be regarded as classics of literary humor and social observation.”—The Paris Review

Join us for a live conversation with celebrated author and journalist Fran Lebowitz moderated by Josh Kun, professor in the USC Annenberg School for Communication and Journalism. Star of Pretend It’s a City, the brand-new Netflix limited documentary series directed by Martin Scorsese, Lebowitz is recognized as one of the most insightful social commentators of our time.

Purveyor of urban cool, Lebowitz is a cultural satirist whom many call the heir to Dorothy Parker. Her books include the bestsellers Metropolitan Life and Social Studies and her prose is ironic, facetious, deadpan, sarcastic, wry, wisecracking, waggish, and wickedly entertaining.

Lebowitz has long been a regular on various talk shows including those hosted by Jimmy Fallon, Conan O'Brien, and Bill Maher. In 2010, Martin Scorsese directed a documentary about her for HBO titled Public Speaking.

Josh Kun directs the Popular Music Project of the Norman Lear Center at USC. An expert on the intersection of arts, culture and politics, with an emphasis on popular music, the 2016 MacArthur Fellow’s books include The Autograph Book of L.A.: Improvements on the Page of the City, To Live and Dine in L.A.: Menus and the Making of the Modern City, Songs in the Key of Los Angeles, and Audiotopia: Music, Race, and America.

Presented by USC Visions and Voices: The Arts and Humanities Initiative as part of USC Amplified.