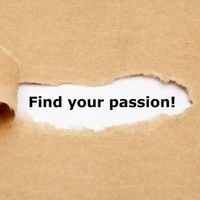 After 25+ years of hard work and professional success, we have the opportunity to pursue our ‘second act’ - shift our focus to work and projects of our choosing.  This could be a new career focus, a passion project that turns into a new income stream, or a social entrepreneurship interest that improves your community.  But how can you get started?  And how can our USC network of Encore alumni help?  Encore Trojans welcomes you to join us for ‘Pursuing Your Passion at 50+’ to learn new skills, network with other like minded people and feel inspired with fellow 50+ Trojans.

The first 100 registrants will receive a signed copy of keynote John Tarnoff's book, Boomer Reinvention: How to Create Your Dream Career Over 50.

Registration includes 2 drink tickets, and hors d'oeuvres. Parking not included. This event is hosted in partnership with the USC Alumni Association and USC Emeriti Center.

John Tarnoff is a reinvention career coach who provides career counseling for baby boomer and late career professionals looking to defy ageism, work beyond retirement, and pivot to a new job or new business as a second act or encore career. Fired 39% over the course of his 40 year career as a Los Angeles-based entertainment industry executive, John learned the secrets of turning setbacks into successes. When his tech startup folded at the end of the dotcom bubble in 2001, he went back to school at age 50 to figure out a second act career, and earned a master’s degree in spiritual psychology. Pivoting to a focus on people and career counseling, he networked his way to a new role as Head of Show Development at DreamWorks Animation from 2006 –2009. In this position, he developed culture-changing creative leadership training and college recruiting programs that helped the company earn a place on both Forbes’ and Fortune’s “100 Best Places to Work” lists. In 2012, he launched his Boomer Reinvention® career coaching program, a flexible, practical 5-step, 23-strategy methodology.

Chris has successfully built 4 Management Consulting businesses in Southern California, most recently as the General Manager for Slalom Consulting, where he led the Practice’s growth from under $2mil in 2010 to $30mil in 2015. After ‘retirement’ in Dec of 2015, he founded his own firm, Bridge Builder Coaching, to help Military Veterans through tough transitions in their lives. Bridge Builder Coaching helps Veterans transition out of Military service and into the corporate world thru personal 1-on-1 coaching, assessments, networking, introductions, and facilitation.

Sabrina Ironside has been Co-Owner and General Manager of The Gourmandise School since October 2015.  Prior to venturing into the food world, she had a had a career in marketing, licensing and live events with studios including The Walt Disney Company, Universal Studios, 20th Century Fox, Paramount Pictures and DHX Media. After 20+ years working in entertainment marketing, Co-Owner Chef Clémence Gossett approached her about replacing her business partner at the school. The Gourmandise School has seen 35% growth over 2015, and the school is building out an expanded new larger facility within their Santa Monica Place location.

Diane Manuel joined UWM after a successful career with Merrill Lynch, the California Endowment, and The J. Paul Getty Museum. She has over twenty years of experience helping individuals and organizations in their efforts to identify, implement, and accomplish their life goals. In her role as Financial Advisor at Urban Wealth Management, the focal point of her practice is to help clients achieve their aspirations and dreams by building long-term financial capacity, ensuring a legacy for families and businesses. Diane is a member of the Advisory Board for WriteGirl, a local nonprofit that builds leadership and writing skills for girls throughout Los Angeles.She received her B.S. from the University of Southern California (Go Trojans!), and a Ph.D. and M.B.A. from Claremont Graduate University.

Department
Career Center
Add this to your calendar