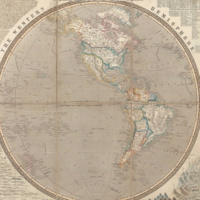 Due to travel restrictions and heightened concerns about the spread of COVID-19, the forum scheduled for May 2020 has been canceled. We plan to reschedule during the 2020-2021 academic year.

What did the revolutions that surged through the Atlantic world from circa 1760 to 1850 have in common? Scholarship on the revolutionary era over the past two decades has enriched our knowledge of its geographic extent and ideological range. Yet this long-overdue widening of the revolutionary picture has also exacerbated longstanding and fundamental problems in our understanding of the era. Why and how did revolution and revolt become generalized in the Atlantic world during this period? How can we account not only for what these revolutions had in common, but for the ways in which they were diverse or even dissimilar? What makes it possible to see this period as analytically and historiographically coherent?

This three day Summer Seminar, which brings together specialists working on both the North and South Atlantic and the Old and New Worlds, proposes a collaborative and extended reflection on these questions. The seminar takes as its starting point a broad hypothesis: that shared political and cultural practices in the Euro-American world were critical in generating and shaping the Atlantic revolutions. The seminar aims to contribute to the ongoing reconceptualization of the Atlantic revolutionary period as a polycentric phenomenon, rooted in the Atlantic and global longue durée, while questioning notions of the “diffusion” or “contagion” of revolution from the Atlantic North to its South.

The seminar will meet for three full days, May 7, 8 and 9 (Thursday-Saturday). The format of the first day will be panel discussions led by senior scholars in revolutionary studies. Confirmed participants include:

The latter two days will be primarily devoted to discussion of precirculated papers by advanced doctoral and recent post-doctoral scholars, with comments and discussion by senior scholars. Seminar members are expected to attend all sessions. The languages of the meeting will be English and Spanish.

The 2020 Seminar continues discussions that began at the 2018 Oceanic Origins Summer Seminar in Paris. The full program of the earlier meeting can be viewed here: https://www.ehess.fr/en/node/14013.