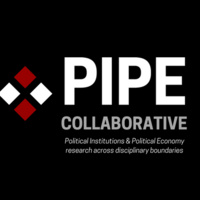 As the administration of elections has become a bigger and more complex political issue in the United States, the social sciences have been called on to address a set of issues that were once considered “merely” administrative. A host of factors may affect election outcomes, including the use of technology, bureaucratic discretion in the implementation of election laws, barriers erected or lowered to registration, and the assignment of voters to legislative districts. These factors, and more, may also influence voter confidence, not only that their voices are counted but ultimately, in the legitimacy of declared outcomes.

Like all contentious areas of public policy, policy change is motivated through a mix of motives by political actors. Claims are made about the consequences of policy change, both prospective and retrospective. Within this controversy, social science has a valuable role to play, in clarifying causal claims, accurately characterizing the salient dynamics that lead to outcomes and political attitudes about the process, and measuring both inputs and outputs.

Panel 1 : The Census and Redistricting

NOTE: SPACE IS LIMITED. Must register to attend.