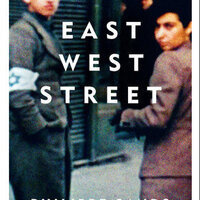 Genocide and Crimes against Humanity under International Law: A Personal Story

Co-organized by the USC Gould School of Law International Human Rights Clinic and the USC Shoah Foundation Center for Advanced Genocide Research. Co-sponsored by the USC Casden Institute for the Study of the Jewish Role in American Life, USC Center for Law, History and Culture (USC Gould School of Law), USC Center for Religion and Civic Culture, the Jerome H. Louchheim School for Judaic Studies, and the USC Levan Institute for Humanities and Ethics.

In this lecture, Philippe Sands will discuss his most recent book East West Street: On the Origins of 'Genocide' and 'Crimes Against Humanity' - part historical detective story, part family history, part legal thriller - to connect his work on 'crimes against humanity' and 'genocide', the events that overwhelmed his family in Lviv during World War II, and the untold story at the heart of the Nuremberg trial that pits lawyers Rafael Lemkin and Hersch Lauterpacht against Hans Frank, defendant number 7, former Governor General of Nazi-occupied Poland and Adolf Hitler's lawyer.

Philippe Sands is a Professor of Law and Director of the Centre on International Courts and Tribunals at University College London. He is a specialist in international law and a practicing lawyer who has appeared before various international courts and tribunals. He received his Bachelor's and Master's degrees in law at Cambridge and spent a year as a visiting scholar at Harvard University. He has taught at universities worldwide and contributes to the New York Review of Books, Vanity Fair, The Financial Times and The Guardian. He is the author of 17 books on international law, and president of English PEN and a vice president of the Hay Festival.

This lecture will be followed by a public reception and book signing. Refreshments will be served. Please RSVP to cagr@usc.edu.