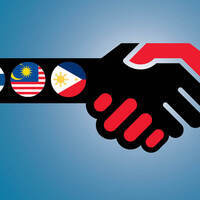 Professor Hong Liu holds the Tan Lark Sye Chair Professorship in Public Policy and Global Affairs at Nanyang Technological University (NTU) in Singapore, where he is also Director of the Nanyang Centre for Public Administration.  His prior positions include Head of the School of Humanities and Social Sciences at NTU (2011-2017), Head of the Department of East Asian Studies and Academic Director of the UK Study China Programme at the University of Manchester (2006-2010) and Assistant Dean for the Faculty of Arts and Social Sciences at the National University of Singapore (NUS, 2002-2005).