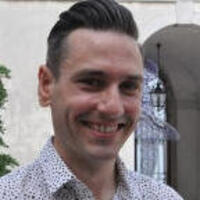 French royal medals crossed into a radically different cultural context when awarded to the Amerindian peoples of Canada in the late seventeenth and early eighteenth centuries. So it may come as a surprise that I contend that the symbolic potential of these medals was only fully realized by the indigenous warriors that they were gifted to. These small sculptures, designed in emulation of ancient Roman coins, are quintessentially Western objects designed to function as instruments of communication across spatial, cultural and temporal divides. Small in scale and easily transported; relatively inexpensive, depending on the material from which they were made; produced in large quantities—they had the potential to convey messages far and wide.

This paper examines the fate of the Louis XIV Royal Family medal awarded to Amerindian allies.  To Algonquin and Iroquois speaking warriors, the king was Onontio, the great mountain, a father to their people. The concept of family that this medal represents thus functions an allegory for the bond between the King of France and his subjects; a powerful ideological message for those living in French colonies far from the centre of empire. The positive reception of these medals by the Indigenous supporters of the French colonists reveals the shifting talismanic and political power that these objects could carry across surprisingly diverse cultural contexts. Antiquarians and medallists who devised the iconography for these royal medals could not have predicted how enthusiastically these objects would be received by Amerindians. Functioning like the ornaments worn by Indigenous people for centuries before the arrival of European settlers, French royal medals, I argue, were endowed with new symbolic power by the First Nations people of Canada.

Robert Wellington is a senior lecturer at the Centre for Art history and Art Theory at the Australian National University. His research focuses on the role of material culture in history making and cross-cultural exchange in ancien-régime France. Robert’s monograph, Antiquarianism and the Visual Histories of Louis XIV: Artifacts For a Future Past (Routledge, 2017),explores the place of medals in the project of documenting the history of Louis XIV for posterity. His paper is part of a broader investigation of French prints and medals as objects of cross-cultural exchange, and extends his work on the medals gifted to Amerindian people of New France that he first published in his article “Médailles en mouvement: la réception des médailles de Louis XIV à la croisée des cultures,” in Yvan Loskutoff (ed.) Les Médailles de Louis XIV et Leur Livre (2016).

This event is co-sponsored by the Long 18th Century seminar series.