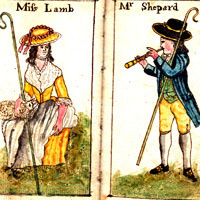 "The Origins of Public Museums: Hans Sloane's Collections and Creation of the British Museum"

In 1759 London’s British Museum opened its doors for the first time – the first free national public museum in the world. But how did it come into being? This talk recounts the overlooked yet colorful life of the museum’s founder: Sir Hans Sloane. Born in 1660, Sloane amassed a fortune as a London society physician, became president of the Royal Society and Royal College of Physicians, and assembled an encyclopedic collection of specimens and objects – the most famous cabinet of curiosities of its time – which became the foundation of the British Museum. Slavery and empire played crucial roles in his career. Sloane worked in Jamaica as a plantation doctor and made collections throughout the island with help from planters and slaves. On his return to London, he married a Jamaican sugar heiress, adding to his wealth and his ability to collect. He then established a network of agents to supply him with objects of all kinds from Asia, the Americas and beyond: plants and animals, books and manuscripts, a shoe made of human skin, the head of an Arctic walrus, slaves’ banjos, magical amulets, Buddhist shrines, copies of the Qur’ān and more. The little-known life of one of the Enlightenment’s most controversial luminaries provides a new story about the beginnings of public museums through their origins in encyclopedic universalism, imperialism and slavery. The lecture is based on Delbourgo’s new biography of Sloane entitled Collecting the World, published by Penguin in the UK and the Belknap Press in the US, which has been named Book of the Week in The Guardian, The Times (London), the Daily Mail and The Week (UK).

James Delbourgo is a professor of history at Rutgers University where he teaches history of science, collecting and museums studies and Atlantic world history. He previously taught at McGill University in Montreal and studied at Cambridge and Columbia.