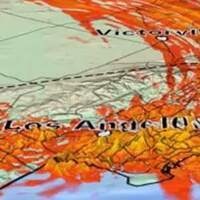 This talk reviews new ideas about earthquakes that we’ve
learned at the Southern California Earthquake Center (SCEC), and where we’re headed next.

The danger and cost of earthquakes has focused public fear and research effort in California since long before the devastating 1906 San Francisco and 1933 Long Beach events. Precise earthquake prediction, heralded as imminent in the 1970s, has faltered, maybe permanently, but nevertheless there is progress.

Hosted at USC, with 16 core institutions and more than 60 affiliated organizations, SCEC involves more than 1000 quake cognoscenti. Funding comes from the National Science Foundation, the United States Geological Survey, and special projects with foundation and corporate partners. We are uncloaking the mysteries in plate tectonics, the San Andreas fault system, and how the ground is driven to shake. SCEC investigates all aspects of earthquakes from theoretical models through detailed observations to hazard maps. We foster collaboration among the fields of science and engineering research, computer science, communication and outreach to develop integrated research products used by various stakeholders.

The central point of this intense research, and the result that most directly benefits those living in California, is the improvement of maps of earthquake danger. We find the tectonic fault lines, gauge their geological rates of motion, and model their patterns of rupture and reloading in order to resolve the earthquakes we are likely to face. By simulating, in the nation’s largest computers, the trembling for millions of those earthquakes through high-fidelity models of the rocks just under our feet, we are step-by-step wringing the  uncertainty out of the nation’s earthquake hazard maps.

We are on the verge of making the hazard estimation process entirely physics-based - built on models with realistic patterns of fault slip on realistic fault surfaces, accurate models of geological structure, and with the latest models of earthquake cycles on fault systems. Some aspects of the old hazard maps are confirmed. Other aspects, particularly the strength of the reverberations in the soft Los Angeles basin and its basin brothers across the state, may have been underestimated. A few places are now assessed as safer than before, but answers
are not yet final.

SCEC is allowing more apt emergency preparations and building and retrofitting laws, and in the process giving us a deeper understanding of the physics of earthquakes and the geological evolution of the Southern California natural laboratory.