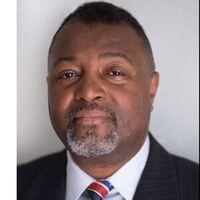 Distinguished Speaker Series Presents: Malcolm Nance, “The Plot to Destroy Democracy: How Putin and His Spies Are Undermining America and Dismantling the West”

Malcolm Nance is an Arabic speaking, former  naval intelligence counter-terrorism and intelligence officer, specializing in the Middle East; a combat veteran, Survival, Evasion, Resistance and Escape expert, historian, and author. He spent 35 years participating in field and combat intelligence activities, including both covert and clandestine anti and counter-terrorism support to national intelligence agencies. He is a member of the Board of Advisors at the International Spy Museum in Washington DC; honored as one of the noteworthy African-Americans in Espionage and featured in the Academy Award-nominated documentary Dirty Wars. MSNBC has labeled him one of the "unsung national security genius of our time." He is presently executive Director of the Terror Asymmetric Project on Strategy, Tactics and Radical Ideologies (TAPSTRI) in Hudson, NY.

Join us for a unique opportunity to meet Malcolm Nance and explore the New York Times Bestseller, "The Plot to Destroy Democracy: How Putin and His Spies Are Undermining America and Dismantling the West."