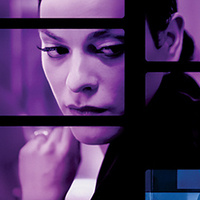 DESCRIPTION:
Please join us for a viewing party and an in-depth conversation about Disclosure, a new documentary offering a look at how transgender people are represented in film and television. Featuring interviews from trans creatives including Laverne Cox (Orange Is the New Black), Lilly Wachowski (The Matrix), Yance Ford (Strong Island), and Mj Rodriguez (Pose), the film traces the history of trans representation on screen and its relationship to the lives of trans people off screen.

Bios:
Alexandra Billings (Cast Member) is an actress, singer, author, activist, and assistant professor of acting at USC. Currently, she plays Davina on Transparent. She has also appeared on How To Get Away With Murder, Grey’s Anatomy, and Goliath, and has performed across the United States in hundreds of plays and musicals. Billings is the recipient of five After Dark Awards and one Joseph Jefferson Award for her work in theatre, as well as the TPA Award and the Rainbow Spirit Award for her activism. She was inducted into the Gay and Lesbian Hall of Fame in Chicago in 2007.

Sam Feder (Director) is a director and producer whose films explore the intersection of visibility and politics along the lines of race, class, and gender in trans lives. Central to Feder’s work is putting urgent activist issues into a historical context. Feder’s films have been supported by both the MacDowell Colony and Yaddo, as well as grants from the Jerome Foundation, Frameline Completion Fund, Crossroads Foundation, Funding Exchange, Astraea Lesbian Foundation for Justice, and the Ellen Stone Belic Institute for the Study of Gender in the Arts and Media. Feder’s films include Kate Bornstein Is a Queer & Pleasant Danger, Boy I Am, and Disclosure: Trans Lives On Screen.

Professor of Critical Studies and Vice Dean for Academic Affairs Michael Renov (Moderator) is the author of Hollywood's Wartime Woman: Representation and Ideology and The Subject of Documentary, editor of Theorizing Documentary, and co-editor of Resolutions: Contemporary Video Practices, Collecting Visible Evidence, The SAGE Handbook of Film Studies and Cinema’s Alchemist: The Films of Peter Forgacs. He has curated programs and served as a jury member at documentary festivals around the world.

Jen Richards (Creative Consultant and Cast Member) is a writer, actress, consultant, and advocate. She is the producer, co-writer, and star of the series Her Story, which was nominated for an Emmy and won Gotham and Peabody awards; co-producer of the documentary More Than T (Showtime) and writer of its accompanying Trans 102 series (Refinery 29); a 2016 Outfest screenwriting fellow for her feature script Any Given Week; and writer and star of the short There You Are.  She is a columnist for NewNowNext, has published essays on multiple platforms, and wrote the September/October 2015 cover story “What Trans Movement?” for The Advocate.

Presented by USC Visions and Voices: The Arts and Humanities Initiative. Organized by Brighde Mullins (English) and Michael Renov (Cinematic Arts). Co-sponsored by the LGBT Resource Center, the Queer and Ally Student Assembly, and La CASA.