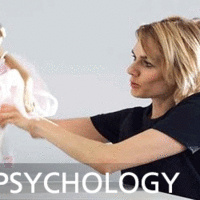 Facts and opinions: Effects of expertise and social consensus on how we think about perspective-sensitive language
(Partly based on joint work with Deniz Rudin, USC Linguistics)

The information that we encounter on a daily basis involves both objective facts about the world and people’s subjective opinions. This distinction is also reflected in language: Words that express opinions (e.g. fun, amazing) differ from words conveying more objective facts (e.g. wooden, Californian): Subjective adjectives are perspective-sensitive and reflect someone’s opinion/attitude. Indeed, it has been widely noted that when two people disagree about matters of taste, neither is in the wrong: There is nothing contradictory when one person says "The rollercoaster was scary!" and the other responds "No, it was not scary" – in contrast to disagreements about objective facts. This phenomenon – central for theories of subjective language – is called Faultless Disagreement. It is assumed to stem from subjective adjectives having a special semantics. However, in this talk, I present a series of experiments (joint work with Deniz Rudin) showing that people’s judgments of faultless disagreement – in other words, how willing we are to accept two divergent opinions as both being valid – are modulated by contextual and social considerations that go far beyond the adjective itself.

First, I show that the extent to which people accept two divergent views as both being right depends on the prevalence of opinions in a community. For example, disagreements about divisive foods (e.g. anchovies, blue cheese in a U.S. context) are rated more faultless than disagreements about widely-liked foods (e.g. donuts, pizza). Our results suggest that unpopular opinions (e.g. "donuts are disgusting") are viewed as more 'wrong' than more prevalent opinions (e.g. "anchovies are disgusting"). Second, I provide evidence that people yield to expertise: When individuals who respect expertise in a given domain (e.g. wine) encounter a disagreement between two wine experts, they are more likely to say both people are right compared to a disagreement between an expert and a non-expert. Thus, people's reactions to subjective disagreements cannot be reduced to the adjective's semantics or even the lexical content of the sentence, but reflect more complex contextual and social factors. Third, time permitting, I will present recent work on how linguistic packaging influences our ability to recognize subjective information.

As a whole, these results suggest that (our ability to perceive) the distinction between ‘opinion’ and ‘fact’ is less clear than one might expect, and is sensitive to multiple sources of information.

Department
Psychology
Add this to your calendar