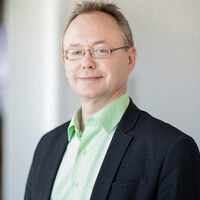 Jewish resistance during the Holocaust is still understood mostly in terms of rare armed group activities in the Nazi occupied East which included ghetto uprisings or partisan activities.  By contrast, this talk will focus on forgotten acts of individual Jewish resistance, such as the case of Hertha Reis, who protested in plain daylight against the persecution in 1941- a few months before the mass deportation started in the capital of the Third Reich. She exclaimed in front of the Berlin courthouse, “We lost everything. Because of the damned government, we finally lost our home, too. This thug Hitler, the damned government, the damned people. Just because we are Jews, we are discriminated against.”

Employing new source materials such as logbooks of Berlin police precincts, trial materials from various German cities, as well as video testimonies of survivors, Professor Gruner challenges the common misconception that Jews submitted passively to Nazi persecution and demonstrates how Jewish women and men performed countless acts of resistance in Nazi Germany proper between 1933 and 1945.

Wolf Gruner is the Shapell-Guerin Chair in Jewish Studies and Professor of History at University of Southern California. He is the Founding Director of the USC Shoah Foundation Center for Advanced Genocide Research.