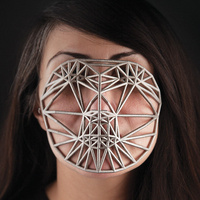 Darkness in the Archives: Queer Opacity as Resistance

DESCRIPTION:
Since the emergence of gay-rights movements in the United States, visibility and legibility within the public sphere have remained ideals of political efficacy. But now, as gay and lesbian issues are being rapidly mainstreamed, many artists and theorists—especially those engaging in queer, feminist, and people-of-color discourses—are pushing against visibility as a social and political enterprise. Their critiques point to the corporatization of political dissent and the growing sophistication of policing and surveillance—particularly of racialized and gender-nonconforming bodies. In response to these pressing issues, a panel of queer artists and scholars will examine forms of refusal, negativity, and the antisocial as uniquely relevant to our contemporary moment, proposing that opacity is a crucial activist, aesthetic, and theoretical tactic of queer subjectivity in the 21st century.

Presented by USC Visions and Voices: The Arts and Humanities Initiative. Organized by ONE National Gay & Lesbian Archives at the USC Libraries.