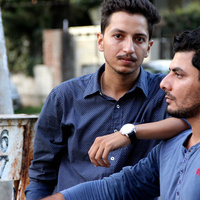 Dr. Gill's (Towson State University) research examines the intersections of masculinity, popular culture and transnational migration in India. He is also an award-winning filmmaker and has made several ethnographic films that have screened at film festivals, academic conferences and on television networks worldwide including BBC, Doordarshan (Indian National TV) and PBS. His films include Mardistan (Macholand) which explores Indian manhood focusing on issues of sexual violence, toxic masculinity, son preference and homophobia, Roots of Love which looks at the changing significance of hair and turban among Sikhs in India, and Sent Away Boys which looks at how provincial communities in Punjab are transformed by the exodus of young men giving up farming to seek a better future abroad. Funded by American Institute of Indian Studies (AIIS) and Fulbright-Nehru Award, he is currently developing a six-part immersive virtual reality (VR) series set in Delhi titled Tales from Macholand.

Harjant Gill is a fellow alumnus of Point Foundation. He also serves on the board of directors of Society for Visual Anthropology (SVA) and has co-directed the SVA Film and Media Festival (2012-14). He is the co-editor of "Multimodal Anthropologies" section of American Anthropologist. He is fluent in Hindi and Punjabi.