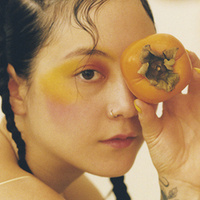 DESCRIPTION:
On the heels of publishing her critically acclaimed memoir, Crying in H Mart, and releasing her latest album, Jubilee, musician and author Michelle Zauner will join USC professor Karen Tongson for a reading and conversation.

As a singer and guitarist, Zauner creates dreamy, shoegaze-inspired indie pop under the name Japanese Breakfast, winning acclaim from major music outlets around the world. As a writer, Zauner's new memoir powerfully explores growing up Korean American, losing her mother, the relationship between food and identity, and forging her way as an artist.

Vivacious, plainspoken, lyrical, and honest, Zauner’s voice is radiantly alive on the page and onstage, and her ascent is being celebrated by Rolling Stone, Vogue, Harper’s Bazaar, The New Yorker, The Daily Show with Trevor Noah, and NPR, among other outlets. After reading from her bestselling book, Zauner will discuss her art and career, identity and entertainment, food and family, and more.

Presented by USC Visions and Voices: The Arts and Humanities Initiative and the Department of Gender & Sexuality Studies. Co-sponsored by the USC Bedrosian Center and Asian Pacific American Student Services.