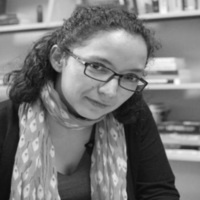 "Creating Americans in the Southwest: The Spanish Language, State Laws, and Citizenship” with Rosina Lozano

Rosina Lozano is a historian of Latino history with a research and teaching focus on Mexican American history, the American West, migration and immigration, and comparative studies in race and ethnicity. She is working on two book-length research projects. Her first book, An American Language: Spanish in the United States, argues that language was a fundamental part of the founding of many aspects of the Southwest’s political and social reality. Focusing on the century from the US-Mexico War (1846-48) through World War II (1941-45), the book looks comparatively at trends and events in what became the states of Arizona, Colorado, California, and, most significantly, New Mexico. Her second book explores changes in health care options for Mexican Americans in the Southwest during the Progressive Era.