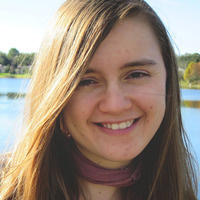 Conversations Across the Humanities with Jessica Wright

"The Roots of Cerebral Subjectivity: Humanizing the Brain in Early Christianity"

This paper offers a new genealogy of “cerebral subject ideology” – that is, the identification of the human being, qua rational subject, with the brain. While historians have largely agreed that this phenomenon developed out of Enlightenment philosophy in seventeenth-century Europe, Jessica Wright argues that its origins can be found in sermons across the late Roman Empire. In particular, Dr. Wright explores how early Christian preachers adapted arguments drawn from medicine and philosophy to support their doctrines of human exceptionalism and divine providence. The conceptual development of the brain in early Christian theology, Dr. Wright suggests, laid the foundations of differentiation on cognitive, psychic, and bodily grounds in later European philosophical and scientific movements.

Complete the RSVP form for lunch and to receive the pre-circulated paper.

Department
Dornsife Office of Communication
Add this to your calendar