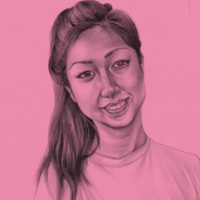 Conversation@PAM: Inside the Pink Donut Box: Stories of Cambodian Immigration

Join artist Phung Huynh and LA's "Donut Princess" Mayly Tao in a conversation moderated by curator and historian Erin M. Curtis as they explore the history of Cambodian immigrants in Los Angeles, refugee trauma, and legacies of building community and identity. Focusing on Cambodian-run donut shops in LA, they will also consider the changing role of these spaces as the city confronts gentrification, housing insecurity, police violence, and a global pandemic.

This event will be hosted as a Zoom Webinar. Please note that the Zoom URL will be emailed to participants a day before the event.

More about the speakers:

Mayly Tao is a first generation Asian-American who owns DK’s Donuts & Bakery and Donut Princess Los Angeles. Her self-proclaimed title of being the Donut Princess has led her to featured on the Food Network, Great Big Story, LA Times and more! She took her family’s legacy and turned it into her own with her mastery of social media and established the shop as a world famous location.

Erin M. Curtis is a Los Angeles-based historian and curator who currently serves as a member of the founding curatorial team of the Lucas Museum of Narrative Art. Previously, she was Senior Curator at LA Plaza de Cultura y Artes and Assistant Curator at the Skirball Cultural Center. Erin was a Smithsonian Institution Predoctoral Fellow at the National Museum of American History and has held positions at other museums and institutions, including the experience design firm Local Projects. She holds a PhD in American Studies and an M.A. in Public Humanities from Brown University as well as a B.A. from Pomona College. Erin is the award-winning co-author of ¡Murales Rebeldes! L.A. Chicana/Chicano Murals under Siege and has contributed chapters to Eating Asian America: A Food Studies Reader and American Chinese Restaurants: Society, Culture and Consumption. She also hosts a weekly radio show in Los Angeles.

Phung Huynh is a Los Angeles-based artist and educator whose practice is primarily in drawing, painting, and public art. Her work explores cultural perception and representation. Huynh challenges beauty standards by constructing images of the Asian female body vis-à-vis plastic surgery to unpack how contemporary cosmetic surgery can create obscurity in cultural and racial identity. Her current work of drawings on pink donut boxes explores the complexities of the refugee experience in Southeast Asian communities. Phung Huynh has had solo exhibitions at Gagosian Gallery in Beverly Hills and the Sweeney Art Gallery at the University of California, Riverside. Her paintings and drawings have been exhibited nationally and internationally in countries such as Germany and Cambodia. She has also completed public art commissions for the Metro Orange Line, Metro Silver Line, and the Los Angeles Zoo. Phung Huynh is Professor of Art at Los Angeles Valley College and served as Chair of the Community-Based Art/ Prison Arts Collective Advisory Council, which advises a vital program of California State University San Bernardino that provides art courses and workshops to underserved communities and prisons. She completed undergraduate coursework at the University of Southern California, received her Bachelor of Fine Arts degree with distinction from the Art Center College of Design in Pasadena, and received her Master of Fine Arts degree from New York University.