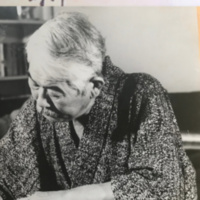 Join Nancy Kyoko Oda, Hiroshi Shimizu, Masumi Izumi, Duncan Williams, and David Yoo in a conversation moderated by Karen Umemoto around this groundbreaking new book, Tule Lake Stockade Diary. The diary, originally written in Japanese and translated for the first time into English, tells Tatsuo Ryusei Inouye's story of struggle and resilience in his own voice.

Freezing winters, starvation and terrible injustice is the stage for this World War II diary by kibei Tatsuo Ryusei Inouye. At thirty three years old, he bravely answered “No, Yes” to the controversial loyalty questions based on his love of both the U.S. and Japan, which caused him and his family to be forced from Poston to Tule Lake Concentration Camp in October 1943. He was arrested on November 13 because he signed in at a negotiating meeting.

His rare wartime diary from this time sheds a light on Tatsuo Inouye’s fight for dignity during the three month long struggle in a freezing, chaotic high security stockade in Tule Lake. He drew inner strength from his judo training and writing a detailed account of the food daily. His mind and spirit kept him strong. Tatsuo sent letters of love to his worried wife, Yuriko, and their two daughters, Sayuri and Masako. The injustice of the Tule Lake was multiplied by the pain of the separation as they were distanced in a remote section of this high security camp.

The book includes images from the 1932 Olympic’s judo team, war years, and reunification of the broken family. Artwork by daughter, Masako, is also included. She was a delicate four-year-old whose healing finally began as she shaped her memories in clay seventy years later.

This program is presented in partnership with the Japanese American National Museum and the UCLA Asian American Studies Center.

This event will be presented both in person and online. To attend the program virtually, RSVP here.