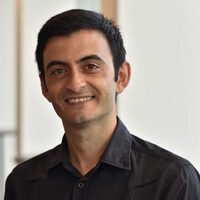 This lecture will be presented online. To request a link to the lecture, please click here.

In the 1890s, Armenians in the Ottoman Empire became the targets of a wave of massacres, leading to the deaths of more than 100,000 people and the uprooting of many more. This process also brought about a massive process of property transfer from the Armenians to local powerholders and the state. About two decades later, during the Armenian genocide, around one million Armenians were killed by various techniques, including on-site massacres participated in by local forces in different regions.

In this talk, Mehmet Polatel (2019-2020 Center Junior Postdoctoral Research Fellow) explores the relationship between these two events by tracing people and groups who were directly involved in both of these episodes as perpetrators and usurpers. Scrutinizing the escalation effect created by the Hamidian massacres in the 1890s and changes in local structures, he underscores the importance of this historical context in shaping the unfolding of the genocide. Drawing on archival documents and video and audio testimonies of survivors from the USC Shoah Foundation Visual History Archive he argues that these earlier massacres and the processes that accompanied them led to the emergence of a large interest group whose wealth and power depended on the protection of the post-massacre status-quo, and people from this group played crucial roles in the genocide by directly participating in on-site massacres.

Mehmet Polatel is a junior postdoctoral research fellow at the USC Shoah Foundation Center for Advanced Genocide Research. He received his Ph.D. from Bogazici University in Istanbul with his dissertation focusing on the emergence and transformation of the Armenian land question in the late Ottoman Empire. Prior to receiving his Ph.D., he earned a BA in International Relations from the University of Middle East Technical University in 2007, and an MA in Comparative Studies in History and Society from Koç University, Istanbul in 2009. After receiving his Ph.D., he was awarded a postdoctoral fellowship in Armenian Studies from the University of Michigan, Ann Arbor. His main research interests are state-society relations, socioeconomic history, Armenian Genocide, and dispossession of Armenians. He co-authored a book with Uğur Ü. Üngör entitled Confiscation and Destruction: Young Turk Seizure of Armenian Properties (Bloomsbury, 2011) and published several articles and book chapters on the Hamidian massacres, land question, and the Armenian genocide.

To request a reminder about this online lecture an hour before it begins, please click here.